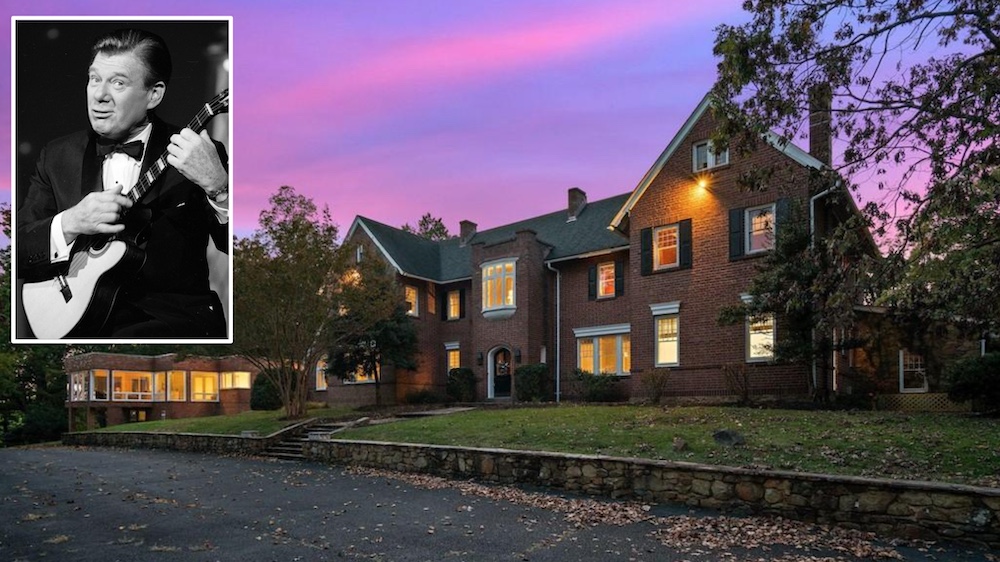 The Virginia equestrian estate once owned by the radio and television host Arthur Godfrey is now on the market for $2.3 million. That price is much less than the late entertainer was asking for the property when he put it on the market way back in 1977âfor $6 million.

Of course, there’s a not-so-minor explanation for this. Five decades ago, the property in Paeonian Springs, VA, now 37.7 acres, was quite a bit bigger, 1,967 acres, to be exact.

Even with a reduced footprint, the estate, located about an hour northwest of Washington, DC, still offers multiple homes, barns, and entertainment facilities. A buyer could use it for a plethora of purposes, including as a family compound, bed-and-breakfast, or event venue.

There’s certainly no shortage of living space. The main residence is a 1912 Tudor-style manor house with a whopping 12 fireplaces. Built from imported Flemish brick, the six-bedroom home has a powder room, a formal living room, dining room, a parlor with beamed ceilings, as well as a large modern kitchen with an island and an adjacent breakfast room.

In the 1980s, a modern addition expanded the main house and added an extra kitchen, four more bedrooms, and extra public rooms. A detached three-car garage nearby has a one-bedroom apartment.

To house a busload of visitors, there’s also a separate “staff house” with 13 bedrooms, 9.5 bathrooms, three kitchens with three living and dining room areas, two conference rooms, and two offices. This structure on its own could serve as a decent hotel.

The compound also includes a large party barn that was once used as an indoor ice rink. It’s quaintly constructed from 200-year-old timbers reclaimed from a barn in Pennsylvania. Several special events have taken place in the barn, with doubtless more to come.

Two other barns complete the offering: a four-stall barn and a 17-stall, center-aisle barn with ample storage for farm equipment and a two-bedroom apartment on the upper level.

The Godfreys maintained a beef cattle ranch and horse farm when they owned the sprawling property. Godfrey’s second wife, Mary, was an avid horsewoman.

The property has a bucolic and historic feel, but it is wired for high-speed internet throughoutâa boon for a buyer who wants to work from home. Godfrey, who passed away in 1983 at age 79, was quick to adopt the latest technology, and successive owners followed that tradition.

Godfrey was also into aviation. He was a licensed pilot and close friend of the World War I flying ace Eddie Rickenbacker, who became the president of Eastern Airlines.

Rickenbacker tricked out a Douglas DC-3 with executive jet accommodations and gave it to his friend. Godfrey owned the Leesburg airport and used the plane to commute from the estate to the studios where his TV show was produced every Sunday night.

The property has a storied history, and was said at one point to be the biggest and most important social property in the area, second only to the White House. There are also reports that the estate was owned by a Saudi prince after Godfrey sold it.

Godfrey was born in Manhattan, served in the Navy and Coast Guard as a radio specialist, and eventually parlayed his experience into a career as a host on some of the top radio stations on the East Coast.